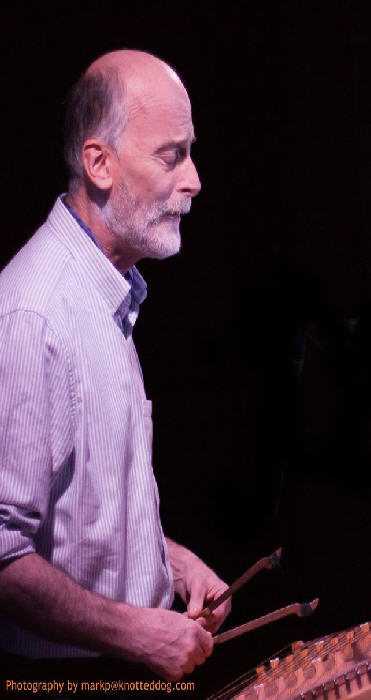 This is Damian’s third solo album and is a departure from the focus of the first two albums.  This collection of 14 songs
and tunes are all autobiographical in someway. Most of the songs and music were written by Damian, some in
collaboration with George Whitfield and Cliff Eastabrook from Pressgang, along with Marco Neumann from OffLimits.
Jane Warren from Quattrio also contributed some beautiful playing on the Recorder.

AN OUTLINE OF THE CD TRACKS:

1. Million-to-one Youtube videoWritten with George Whitfield, a song about the joys of touring with Pressgang, but also of returning home.

2. Swing goes Higher Video a song that features text by Damian that can be seen on a triptych painting of the same name; an Edwardian girl contemplates her desire to go beyond the constraints of the socially accepted norms of the time. My mother and many other women achieved this, often due to the World Wars and so were laid the foundations for a more equal status for women, with much to be still achieved in a patriarchal world.

3. Long way to go Video there is a point on the road from Calais to Dunkirk where Radio 4 dies out on the car radio and I lose contact with home. And as I drive into Belgium there’s a Restplace where I often pitch up for the night along with drivers from all over the Continent and beyond.

4. Payday: a wonderful song by Roger Wilson with words that I can really echo as a touring musician.

5. Nobodys-written-the-rules- (edi)t as it says: we can surprise ourselves when we think of our own way of doing something.

6. Planxty Burke / 3 o’clock storm: a slow O’Carolan air featuring pure Hammer Dulcimer and one of my own tunes written, along with a painting and text, during an early morning storm.

7. Me and Mr Morris: artist, maker, socialist - one of my heroes.

8. The Blue Cockade: a more interesting backstory; how the women of the time would have reacted and coped when a husband, boyfriend or son suddenly disappeared, due to being forcibly enlisted.

9. This will be: a dream perhaps, but without shifts in attitudes, atrocities will continue. Earnings from this song support the work of Amnesty International and Medicins Sans Frontieres.  Thank you.

11: One more Gaudy Night: of playing in bands, audiences and love.

12: Jonah: a story song about a man who just goes off on his own.

13: Widcombe Flight: a tune by Maclaine Colston, celebrating the struggle and joy of achieving something against the odds.

14: Something to say: During my time working with younger children I learnt to keep my own councel at times. But now my opinions are back and all hail the whistleblower who prevents the continuation of malpractice. Spoken ideas create waves, actions of course create even larger waves.